Stramit is again a proud sponsor of the Bayswater City Football Club, after deciding to continue its long-term support of the club for the 2019 season. 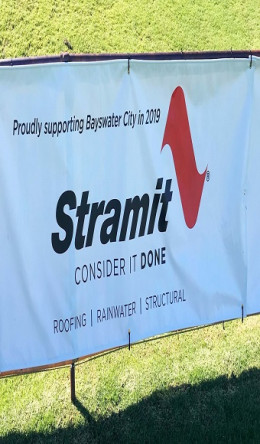 Stramit Western Australia State Manager, Bruno Pomponio, said that it was an honour to support such a well-known and respected member of Perth’s football community.

“The club’s origins can be traced back to 1973 and has been a long-standing member of Perth’s sporting community.

“Bayswater City FC offers both junior and senior competitions, with many members of the club having been involved with the club for years.

For those looking to support or play, contact the Bayswater City FC on bayswatersoccerclub@yahoo.com.au. The club is located on the corner of Garrett Road and Whatley Crescent in Bayswater, WA 6053.

The Stramit as we know it turns 30 in September this year, marking an exciting milestone for the national steel roll-former.