Celebrating 50 years of service with Milton of Taurean Door Systems

Well, it’s not often that you get to talk to someone that’s celebrating their 50th work anniversary at the same company. In his quiet, modest way, Milton stopped by for a chat to talk about what’s kept him at Stramit’s roller door business – Taurean Door Systems – for so many years. 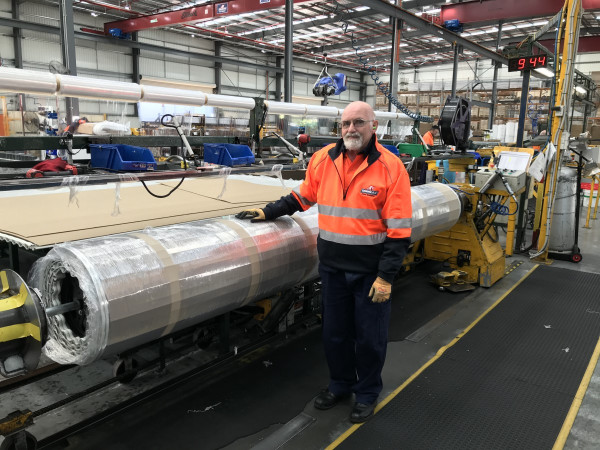 Q1: So we hear you celebrate 50 years today with Taurean – any plans to celebrate?

(Laughs) No, it’s just another day for me – no celebrations planned.  I just woke up, got out of bed and came to work – nothing special.

Q2: 50 years is a long time in anyone’s life, would it be right to say that you’ve grown up alongside the business?

Yep, I was 15 and just out of school when I joined Taurean, but it was called Creeks Metal Industries back then. It wasn’t till later (2012) that it became Taurean Roller Doors. We were at Creeks’ Box Hill site and then Bayswater. Later, we moved to our current Knoxfield site, where we are now.

Q3: With so much time behind the mills, you must have seen different areas of the factory floor close-hand.

Life hasn’t really changed a whole lot – there’s obviously more focus on safety, because things are different these days. People have come and gone, plus our neighbourhood has changed. But generally, things are similar to what they used to be.

Q4: On a personal note, have you always been a Melbourne local? Anything you would like to share?

I’m Melbourne born and bred. I’m a big Western Bulldogs AFL fan . . . been a fan ever since I was a kid.

Q5: It’s almost unheard of for people to stay with a company for so long – what’s kept you with the TDS family?

(Laughs) They won’t let me leave . . . I keep trying! No, just kidding . . . some I’ve worked with for a long time. James here started with me about 25 years ago . . . we used to work together on the presses at Creeks Metal Industries and travelled together every day to work. We have quite a few team members that have been with the company for over 25 years. 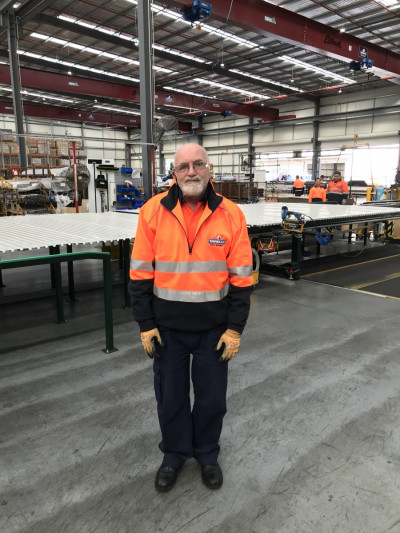 We also spoke with Scott Johnston, Milton’s Manager, to find out a little more about Milton’s dedication to the team:

Q6: It sounds like Milton is quite a modest team member that just gets on with the job . . .

Yes, he’s a really hard worker and very modest. He definitely just gets on with things.

Q7: That’s quite a team, to have so many work together for the same company for so many years . . .

Yes, morale is really high within the team and they all have a very high dedication to safety. Milton is no exception. We have about 40 team members in this area and many are friends outside of work. They all chip in and help each other out when needed – they’re really supportive of each other.

From all of us here in the Stramit family across Australia, congratulations, Milton!

Products are frequently shipped out to all corners of the country, putting roofs over heads all across Australia. But the Knoxfiel…